The Cheapest Cell Phone in the World 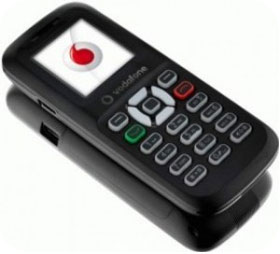 Say hello to the least expensive phones in the world – the Vodafone 250 and 150 – they even shame the kabariti cell phones that Zain, Orange and UTL sale.

The Vodafone 250 is shaped like a candy bar and is loaded with a 1.45″ CSTN display which doles out a resolution of 128×128 pixels. Like some Sony Ericsson phones, the gadget has a five way navigation key. Also included are bells and whistles like USB connector, FM radio and stereo headset support, wallpapers, SMS, GSM 900/1800, apart from standard features like polyphonic ringtones, vibration, alarm clock, calculator, currency converter, games, memory for up to 100 entries in phonebook , torch light. Apparently the 500mAh battery offers a standby time up to 400 hours and talk time up to 5 hours. The V250 will be sold for about $20 .

On the other hand the Vodafone 150 costs just $15 and has a slightly smaller 1.0″ monochrome graphic display which giving a resolution of 96×64 pixels. Rest of the specs remain prettty much the same as the Vodafone 250.