Blackberry phone – A must have smart phone

This article is mainly going to talk about what a BlackBerry is and why people prefer it to the iPhone. My latest BlackBerry phone called The BlackBerry 8830 World Edition smartphone is the stylish way to get things done. It’s the first CDMA BlackBerry smartphone capable of roaming globally on GSM /GPRS networks. So you can travel the world with full mobile voice and data coverage, without having to change smartphones, phone numbers or email addresses.

The BlackBerry 8830 World Edition gives you phone, email, organizer, web browsing and instant messaging. And then it goes a step further, providing GPS, BlackBerry Maps, a media player for your video clips and music, and expandable memory to ensure you’ve got the room you need for your media files. 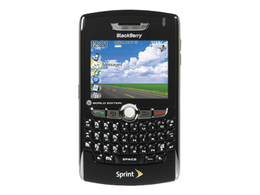 Let me compare an Apple iphone with this new Blackberry Curve 8310 Titanium model. It has a nice balance between size and features: a full Qwerty keyboard, a bright display, 2.0 MP camera with built-in flash, expandable memory up to 4GB, and even GPS so I can use Google Mobile Maps to find where I’m at for free.

The iPhone also has some great features that have made it a very popular device, such as the built-in accelerometer that detects when you rotate iPhone from portrait to landscape, then automatically changes the contents of the display. The iPhone actually wins in this category, with 8 GB and 16 GB memory capacity depending on the model. But the Curve lets you plug in a Micro SD card for up to 4 gigs of added memory – plenty in my case, and good for storing up to 1000 songs and pictures.Both cell phones play mp3 music and video, and with the 4 GB expansion slot on the Curve I can play over a 1000 songs – plenty to let me keep my iPod at home and only use the Blackberry to play my tunes.

The Curve comes with a 3.5mm headphone jack and a pair of headphones that have a call-in button (just press the button when a call comes in, and you have an instant hands-free device that lets you answer the call without having to remove the headphones.Both devices are fairly small, with the iPhone being just 2.4 inches wide and 4.5 inches tall, but the Curve is almost a half inch shorter – which lets it slide in any out of pockets a little easier.The Blackberry Curve also ships with an original Blackberry carrying case that protects the screen and looks very professional.

The Blackberry Curve 8310 model includes GPS technology that lets you pinpoint your location. You can pay a few extra dollars a month and sign up for the GPS plan, or just use Google’s Mobile Map application for free, which gives you fairly decent positioning and both map and satellite views. Though guys argue that when it comes to costs the iphone is more expensive compared to the blackberry phone. Majority of business people prefer to use the blackberry because it suits their business needs unlike iphone which is used for entainment purposes. I dont know about you but I choose the blackberry what do you think? Give me feedback what you think.

If you want to read more about blackberry phone follow this link: Read on