Gone are the days when. 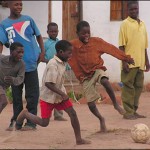 How time flies and how things change! Yes, it has not been half a decade since most of us were still little ones but there is just so much to reminisce about. The music, the dances, the school life, the food, the way of dressing, the language, the games and so much more. Things were sure different then and boy, they were  fun.

Let’s start with the school life: do you remember those letters written on flowery writing paper? Couples were particularly keen on writing to each other and dedicating to each other all the wrong songs. Songs like Sisqo’s Unleash the Dragon were not meant for lovers but trust me, naive lovers chose to express their love using songs like that. Aha!

The language used in those letters was also something to behold. “Mic-mac to [insert address]” is an example of language we plucked from God-knows-where. Certainly not the Oxford English Learners dictionary. Speaking of language, don’t we laugh now to see that the words we thought were so cool are not even known by today’s generation of kids? Ask a 14-year old what “dope” means and you will draw a blank. But back then we thought it was so cool to use the word “dope” to refer to something cool.

Kwasa kwasa, who remembers that dance? It accompanied Congolese music, which was popular. And then for those went to schools like St. Mary’s College Kisubi (SMACK), Jaba was quite popular. We didn’t do the booty shake back. Neither did we rub-a-dub. Ah, how innocent our dances were!

Weddings were something to behold in that age. Brides and their entourage wore fresh flowers (don’t you wish they still did?) but it was the “food” served at weddings that took the golden cup. A small queen cake, a little popcorn and a bottle of soda shared amongst say three people was all that was served. Carol, 37, recalls a particular wedding where groundnuts were served at a wedding. “Those were the rich ones,” she says to the utter disbelief of the young. Groundnuts being a status symbol? Things sure do change.

And now for the games. They make such a long list. Sonko, dulu, sack racing, racing with eggs precariously hanging on a spoon, dodgeball, tyre races, hide and seek, mommy and daddy (the innocent one), round game and playing with footballs made out of banana fibre. I cannot name all the games. We’d take a game, add a few tactics to it and voila, we would create a new one. Look at round game for instance, it was primarily dodgeball but we introduced circles and lines to it and we had ourselves a new game.

It must be said, we were creative. And we had fun. And the Old Skool Reunion is offering us a chance to have all this fun that we used to have. Imagine being able to play dodgeball again? Or for the men, imagine being able to play dulu again? Imagine the freedom. The Old Skool Reunion is offering you that freedom. And it is also offering you the chance to rewind and reminisce about those fun days.