Work on your staff-boss relations for better business 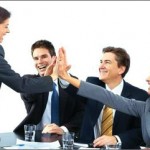 Being a good boss, one that is motivational to the employees, is good for business. Gina Michel, while responding to the question, “How good is a good boss?” summed it this way: “A good boss means everything. Sometimes we as bosses forget that. A good boss can lead to employees being happier and giving more. That can lead to a better, stronger company.” How true is this?
Rose, who works for a bank, is disgruntled with her bosses. The complaints she makes against them range from them thinking “that we are sub-human”, “taking customers sides all the time even when we are right,” “not appreciating us” and “overworking us”. As such, she does not give her all to the company. Her attitude is: they do not care about us so why should we care about them too? Because of this, the company she works for does not make as much profit as it would have.

So, how does one make oneself a good boss so as to get the best out of employees? The website, Wikihow, advises bosses to show appreciation to their staff especially in the presence of customers. Complimenting staff has the advantage of boosting their self esteem and a confident worker is a good worker. The mere act of showing appreciation also motivates staff to give their best. And, according to wikihow, appreciating staff in the presence of customers boosts customers’ opinion of your staff and this works to the advantage of the boss and the company at large.

Showing appreciation to staff through gift-giving say over Christmas holidays would also go a long way in improving relations between staff and the boss. With the improved relations, the company is sure to thrive.

Melissa thinks she should not say thank you to her housemaid. “I pay her,” she says to reason out why she need not thank her. But saying thank you to staff, according to wikihow, motivates them. They feel that their efforts are recognised and also feel that their bosses consider them human and not some machines they use to do thankless work.

Being an effective listener is also advanced by wikihow as one of the ways through which bosses can build good relations with their staff. Listening to someone leaves them with the impression that you consider them important and you want your staff thinking this so that they do not develop a negative attitude. Listening to staff also enables you improve where you, as the boss, are considered bad. This will enable you to undertake measures that will ensure that you improve and become a better boss.

As has been mentioned earlier on in this article, it is for the boss’ own good that he/she is a good boss. Like the saying goes: “One catches more flies by using honey than when one uses vinegar”. When a boss is good, he/she motivates his/her staff and the company reaps the benefits.