How parents mess up their children right from birth! 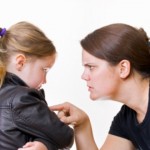 I have been on  many occasions where every time a woman has resentment toward men or a young gal is interested in older men, they say they have daddy issues or when a man can’t be in a committed relationship they say he has mummy issues! I never got it,  cause I believed when you are an adult you now know what is best for you, and make decisions accordingly  but to my surprise this is what I found!

let’s begin from the start, According to Sigmund Freud, personality is mostly established by the age of five. Early experiences play a large role in personality development and continue to influence behaviour later in life. Freud believed that personality develops through a series of childhood stages during which the pleasure-seeking energies of  identification  become focused on certain erogenous areas (area of satisfaction). This psychosexual energy, or libido, was described as the driving force behind behaviour.

If these psychosexual stages are completed successfully, the result is a healthy personality. If certain issues are not resolved at the appropriate stage, fixation can occur. A fixation is a persistent focus on an earlier psychosexual stage. Until this conflict is resolved, the individual will remain “stuck” in this stage. For example, a person who is fixated at the oral stage may be over-dependent on others and may seek oral stimulation through smoking, drinking, or eating.

Let’s take a  look at these stages!

During the oral stage, the infant’s primary source of interaction occurs through the mouth, so the rooting and sucking reflex is especially important. The mouth is vital for eating, and the infant derives pleasure from oral stimulation through gratifying activities such as tasting and sucking. Because the infant is entirely dependent upon caretakers (who are responsible for feeding the child), the infant also develops a sense of trust and comfort through this oral stimulation.

The primary conflict at this stage is the weaning process–the child must become less dependent upon caretakers. If fixation occurs at this stage, Freud believed the individual would have issues with dependency or aggression. Oral fixation can result in problems with drinking, eating, smoking or nail biting.

According to Freud, success at this stage is dependent upon the way in which parents approach toilet training. Parents who utilize praise and rewards for using the toilet at the appropriate time encourage positive outcomes and help children feel capable and productive. Freud believed that positive experiences during this stage served as the basis for people to become competent, productive and creative adults.

However, not all parents provide the support and encouragement that children need during this stage. Some parents’ instead punish, ridicule or shame a child for accidents. According to Freud, inappropriate parental responses can result in negative outcomes. If parents take an approach that is too lenient, Freud suggested that an anal-expulsive personality could develop in which the individual has a messy, wasteful or destructive personality. If parents are too strict or begin toilet training too early, Freud believed that an anal-retentive personality develops in which the individual is stringent, orderly, rigid and obsessive.

During the phallic stage, the primary focus of the libido is on the genitals. At this age, children also begin to discover the differences between males and females.

Freud also believed that boys begin to view their fathers as a rival for the mother’s affections. The Oedipus complex describes these feelings of wanting to possess the mother and the desire to replace the father. However, the child also fears that he will be punished by the father for these feelings, a fear Freud termed castration anxiety.

The term Electra complex has been used to described a similar set of feelings experienced by young girls. Freud, however, believed that girls instead experience penis envy.

During the latent period, the libido interests are suppressed. The development of the ego and superego contribute to this period of calm. The stage begins around the time that children enter into school and become more concerned with peer relationships, hobbies and other interests.

The latent period is a time of exploration in which the sexual energy is still present, but it is directed into other areas such as intellectual pursuits and social interactions. This stage is important in the development of social and communication skills and self-confidence.

During the final stage of psychosexual development, the individual develops a strong sexual interest in the opposite sex. This stage begins during puberty but last throughout the rest of a person’s life.

Where in earlier stages the focus was solely on individual needs, interest in the welfare of others grows during this stage. If the other stages have been completed successfully, the individual should now be well-balanced, warm and caring. The goal of this stage is to establish a balance between the various life areas.

so it’s very true, our children’s personalities and behaviour  are a reflection of how you have raised them up to be.