When Love, Work Collide Dating a colleague: how do you deal? 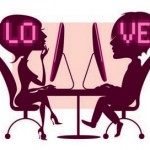 You wake up in the morning and expect another boring day at the office: same old people, same workload. Wouldn’t it be great if your company hired some great looking guy/babe to spice up the work environment? Of course it would, even if it means having to juggle work and love. Not too rough, you think. Well, think again. If you’re crushing on a colleague, you’re not alone: A survey found that 40% of workers have dated someone on the job during their career, proving that it is a hook-up hotspot, even though one with parameters.Reason: Proximity. We relate easily with people we share space with everyday. Maurice Mugisha of NTV met Irene Birungi while they worked at WBS TV. The two fell in love and got married. They are presently raising a family together. So this office love can really work.

Here is advice for turning a flirtation into a potential relationship. The rules of pulling off a workplace romance have been sent out; don’t say that you didn’t get the memo! Testing The Waves The main advantage to pursuing a colleague is that they can judge your sense of humor, intelligence and demeanor. This increases your chances of landing the office bombshell, assuming of course that these are your strong points! But make no mistake about it; dating, or even pursuing a colleague, is a risky maneuver.

Before making a move, it is a good idea to subtly find out whether your work crush has the hots for you, too. ‘Some tip-offs are if he starts hanging around your work space a lot or asks you to grab lunch or after-work drinks,’ says Rachel who hooked her husband from her place of work. It is also promising if he is in an unrelated department, yet asks your opinion on a project he is working on – it indicates that he is looking for an excuse to talk to you and values your opinion. You can do your own digging by jokingly saying, ‘Everyone thinks we’re seeing each other, ha ha. Crazy,  right?’ If he casts a wide grin or seems into the idea, the coast is clear to start flirting and see what happens.

Let’s not even entertain the failure probability; let’s enter the realm of wishful thinking and assume that you do get what you want. Avoiding getting busted, the obvious disadvantage to dating a colleague is that you are voluntarily submitting your personal life as office gossip topic number one; leaving yourself susceptible to rumors, innuendoes and endless half-truths. Once you’ve gotten together, keep that info on the down low. If it turns out to be a two-week fling, nobody needs to know about it. Also, monitor how often you bring him up. Co-workers often detect a connection when one person mentions the other too frequently. But if you were friendly before, don’t ignore him now – that draws more attention than the occasional friendly moment does.

When to come clean most companies are not too keen about dating. Obviously, supervisor/subordinate relationships are more sensitive, especially with the issue of sexual harassment lawsuits. But there may be rules about whom you have to inform – and when you start dating a colleague. If it gets serious (that is after several months of dating), it is wise to tell your boss – even if you don’t have to – before she hears it from someone else. Just say, ‘I wanted to let you know that Peter and I are dating. We’ll be sure not to let it interrupt our work.’ It is not easy to bring this relationship to fruition but it has been proved to actually work out.