ENTREPRENEURS ARE MADE AND NOT BORN 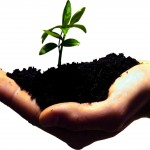 Starting a new business is not an easy task; however, despite the obstacles many entrepreneurs work hard in order to achieve success. Identifying and tapping into an area that you are passionate about and the country needs will not only bring financial success, but better a nation. When it comes to sustainable development entrepreneurs are key.

It is easy to notice that with an unemployment rate of 60% job opportunities are scare. Speaking with some of the MUBS students there is definitely a universal importance in being a job creator.

There is a very small private sector and a very large public sector in Uganda. Entrepreneurship plays a key role in bridging that gap. Doing so creates jobs, decreases unemployment, and thus starts a domino effect. Just imagine what could happen if one started a company in Uganda that paid a wage that could afford a worker to build a house.

They tend to remain strong even through the toughest of times and learn from mistakes. In addition, they are also organized individuals who are well-prepared to present their funding proposal, elevator pitch, and business plans to prospective investors.

Many successful entrepreneurs are also enthusiastic risk takers who are not afraid of failure. They usually abide by their gut-instinct when making crucial business decisions, are goal oriented in their approach, and are quite persistent to succeed. At the same time, they are innovators who introduce new products to the market and always seem to find novel ways of doing things.

They are able to find a balance between family and work life and have the unconditional support of their family members. The absolute encouragement and backing of their family remains consistent throughout their venture. This solid family structure not only enables the entrepreneur to be productive at work, but it also motivates them to set new goals where they can balance both their home and work life.

Another important characteristic that all successful entrepreneurs possess is the fact that they are always well-prepared. This means that they have researched all avenues of their entrepreneurship, are ready to face the challenges of starting a new business, and is able to take their business ideas to the next level. They are properly organized and equipped to present their funding proposals, business plans, and can even properly provide answers to any inquiries to prospective investors. A well-prepared entrepreneur distinguishes himself/herself from others because they are more structured, logical, and orderly in their business approach.

Entrepreneurship in Uganda is taking advantage of bountiful opportunity, harnessing creativity and the talents of others and achieving a common goal. Entrepreneurs in Uganda fall into three categories. Let us explore some of the entrepreneurs and how they are making statements in Uganda.

Sylvia Owori: The fashion designer has real estate on Bulago Island and is the owner of African Woman magazine.

Peter Sematimba: Peter ‘super duper’ Sematimba is perhaps one of the most flamboyant men in Kampala. Despite standing for the Kampala mayor ship and losing, Sematimba always had his Super FM and Dungeon Studios to fall back on.

The Madhvani Family: Not only do they have their own private airfield at Kakira, they also own private jets with a full-time British female pilot at the ready all year round.

The Mehta Family: They are into sugar production from a large estate in Lugazi town, Mukono District. They also own the largest metal fabrication works in the country.

Gordon Wavamunno: He is into real estate, with buildings and land in Mbarara, at the Equator and in Gayaza. He also owns a string of houses behind Uganda Breweries in Luzira and in Ggaba as well. He owns the Mercedes Benz car dealership here and has recently branched out into bottling water. Not only does he own WBS Television, he also has shares in Radio Simba and United Assurance.

James Mulwana: From humble beginnings, Mulwana has steadily built up an empire. Just about every household has one of his plastic products. He owns Nice House of Plastics, Jesa Farms, Uganda Batteries and a flat near Marble Arch in London.

Sudhir Ruparelia: Not only is Ruparelia into banking with his Crane Bank, he also owns Gold star Insurance. In addition, he owns three hotels — Kabira Country Club, Speke Hotel and Speke Resort Munyonyo. Schools aside — Kabira International School and Kampala Parents He owns Sanyu FM, Rosebud flower farm and a number of other companies.

Bulayimu Muwanga Kibirige aka BMK: He is virtually responsible for the importation of motorcycles into the country. He owns a string of motorcycle shops in Ndeeba and also owns Hotel Africana.

Karim Hirji: He used to be rather flamboyant until he quit motor racing to concentrate on his hotels — Grand Imperial, Botanical Hotel, Imperial Resort Hotel and one which is still under construction next to Serena Hotel. He recently bought a house in Nakasero from Barclays Bank for $1m.

Hassan Basajjabalaba: He is into education, hides and skins and hotels.

Patrick Bitature: Bitature owns Simba Telecom and has an interest in National Insurance Corporation. He also owns airtime dealerships in Kenya, Tanzania and Nigeria. His hotel in Kololo, which will be run by the South African-based Protea Group, will be open in time for the Commonwealth Heads of Government Meeting.

Bitature is one of very few educated entrepreneurs in Uganda. He has an outstanding network of professionals and an impressive resume that goes on for pages. He can easily be referred to as the Richard Branson of Uganda with his entrepreneurial endeavors ranging from telecommunications, radio and the hotel hospitality industry, to an extensive real-estate portfolio and everything in-between. He currently sits as the Chairman Board of Directors of Uganda Investment Authority otherwise known as UIA.

Bitature brings forward a statement that power is knowledge and the importance of firsthand experience. A great quote he usually utilizes is, “We can never learn solely from books and internet, it’s when we share and learn from one another, that we truly find something fantastic.”

He believes that success is best shared. He expresses how he pays some of the best wages in Uganda and hires some of the most talented people from all around the world to work for and run his companies.

It is evident that he has financial security and even expresses the idea that if an employee needed a new home, and it was in his means, he would build them a home. He expressed that only so much is learned in school and that real life stories and relationships with people are what matter most.

The Ugandan culture is extremely laid back with issues like corruption also taking its tole on entrepreneurship. Finances are also an issue as lenders in Uganda charge extraordinarily high interest rates.

On the other hand for a young entrepreneur in Uganda, time is on ones side. He makes the point that if Uganda could get just three percent of its population to become entrepreneurs that would mean that there is the potential of 1,120,000 entrepreneurs in the country. If each one of these entrepreneurs employed just 10 people, that would create 11,200,000 jobs.

“Capital should never be a problem; it should be a burning desire within that will drive you to your dreams.” Mr. Bitature says.

Entrepreneurs take great risk for the potential of great reward. The sheer size of the achievements of these famous entrepreneurs is inspiring. All these men and women share the same spirit – the Spirit of the Entrepreneur. Whichever means they use or have used, they are custodians of great wealth.

Leave a Reply to george kiiza